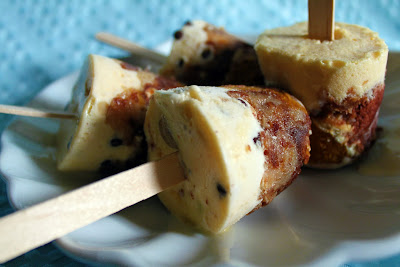 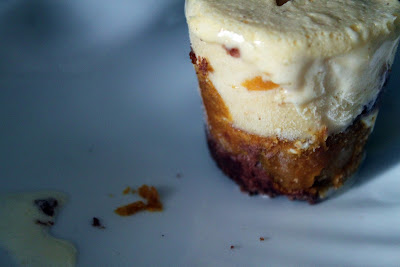 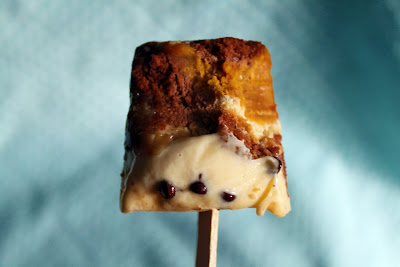 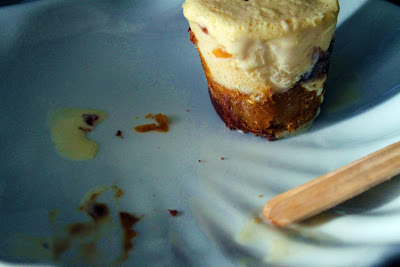 But, then again, a lot of things had been the plan this morning. 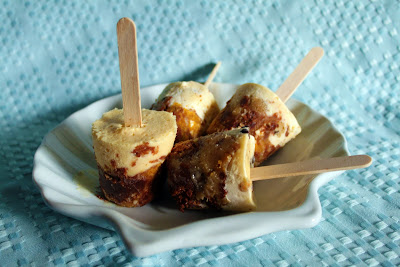 Pretty much, in rambling summary, my day was supposed to go like this:
-Drop off car/pick up rental car for time of repair (got rear-ended by a drunk driver last weekend, wooooo) at 7AM
-Get to work at 8:30AM. Have a productive/enjoyable day
-Come home. Prep for Valentine party you are hosting tomorrow.
-Run errands. Buy ingredients for cupcakes.
-Bake cupcakes for Sarah. Blog about them.
-Have chill evening. Get some sleep.

Here is what DID happen.
-Drop off car. Have issues submitting as drunk driver is paying, but you are the owner. Pick up rental car, have issues as service place caused multiple file errors. Leave Fairfax at 8:30 AM even though you got there from Arlington at 7AM as planned. Consider briefly this may be a nightmare when you hit the first part of traffic knowing far more is to come...
-Listen to the KANE show and try not to panic about rental car making ominous clicking sounds for the entire hour and some change drive to DC's Chinatown.
-Get to work two hours late. Things are a mess. Battle through the day.
-Come home. Begin to prep for party, realize dinner is a good idea instead.
-Rush out for errands before things close. Bring idiot 8lb dog with as he is sad and in a cone and likes to ride in the car.
-Get stunned when 8lb dog vomits all over you.
-Clean up dog/self/car and take him out of car to ensure well being (yours). When bringing him back into car, dog panics and tries to escape, almost falling from your arms. In straightening/catching dog, your skull slams into car door. Blinding pain and dizziness ensue.
-Somehow manage through errands with demon dog and blurring pain. Get home in twice the alloted amount of time.
-Decide to make cupcakes out of determination more than anything. You really want to give Sarah an easy recipe and show her even less savvy kitchen divas can use Pinterest recipes and her birthday won't be tomorrow, it's today. Man up and make the stupid cupcakes if they are really that easy. Put them in oven and feel momentary triumph.
-Your cupcakes turn out gooey in the center, caved in, and burnt on the edges. Pinterest Divas 1, Clutzy Cooks 0. Shower and maybe cry.
-Spend rest of night not chill but, panicked. Taking a lot of advil, trying to salvage party prep, and not kill dog.
-Don't go to bed. Apparently getting sleep is a horrible concept. Write a blog post and then MAYBE, pass out.

What was the point again? Oh yeah, Inception pops. 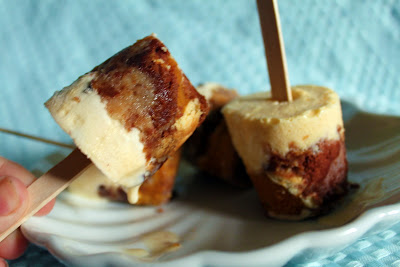 I had really wanted to post cupcakes for Sarah's birthday but... while her birthday may have/hopefully was been a great, totally stellar day for HER, it 100% fell apart for team me. I just couldn't win today. I thought about not posting at all but, then I remembered these strange Inception cake pop things I had made and was planning to post on this weekend.

Fact. Once upon a time, I had tried to make an Inception Cake. Basic theory, a german chocolate cake, filled with a pumpkin pie, stuffed with a cookie. Shockingly, that didn't bake well. Or work at all. Even after I iced it and pretended it was OK, it really really wasn't. So I had this gooey cake, pie, and cookies and not much clue what to do. Throwing them out seemed wasteful but, really, what do you do with that much flawed sugar?

I don't know what made me do this but, I saw the rolls of dixie cups tucked back into my cupboard, bought approximately 3 gallons of ice cream, a thing of popsicle sticks, and went to town. 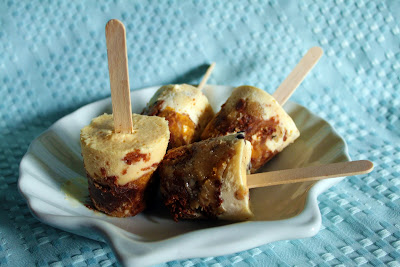 To assemble cake pie pops: Mash cake/pie/cookies/whatever else you have that is a mushable dessert into the lower half of a dixie cup.
Spoon ice cream on top. Mash down and cement into dessert cracks until smooth.
Shove in a popsicle stick. Freeze.

Enjoy just the right amount of sugar whenever you deem necessary. It's the perfect little size for a rich dessert treat and the frozen goodness keeps for ages. 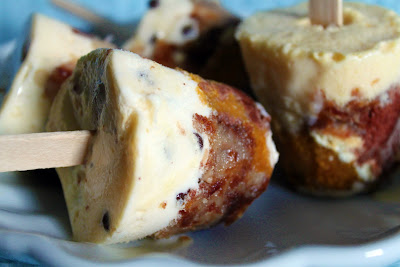 So, Sarah/whomever really reads this. I know it's not cupcakes. I wanted today to be a cupcakes day, I really really did. But, it wasn't. Today was a fiasco day. I have a lot of those but, today was the worst in a long long time. But, what do we do with fiasco days? Apparently we take them and make them something else. Like we make ridiculously over the top desserts more manageable by stabbing them with sticks and adding ice cream.

Don't let Pinterest intimidate you. People like me are on there too and we are just as off the wall/messy. We will all just pretend to be awesome and make it work.

Pinterest Princesses, you've been warned. We're taking the intimidation out of the site- one recipe at a time. And with awesome treats like Inception Pops- you just don't stand a chance.