My Blog: The 1st New Comic in Ages

So, this blog is still just a mess. And, story time, I have been terrified to post my new comic here. Thankfully, my roommate who is endlessly amazing told me to get over myself. Most likely you guys would like whatever I put up. And if not, no one is going to make you read. She seems to think you guys find my tone enchanting. She's amazingly smart so, maybe she's on to something. And if not, I can tell her I told her so.
Win win.
I've been preventing putting up this comic since the page crashed. I've made a ton of excuses and then suddenly I was out of excuses. It was time to post this... I went on, this all written and ready to go and WHAM- blogger crashed for over 10 hours.
Fate, telling me not to post. Insecurities flooding back. Roommate telling me to woman up. The problem is, this whole thing can make me insecure. I realized that when I designed these comics I should have tried to be more interesting. I really dropped the ball there. I wouldn't be insecure if these were just epic. Sadly, I made this blog all about me and my life which, as a whole, isn’t all that interesting or epic.
Not by lack of trying, I assure you, but sometimes I just have boring weeks or blah moods.
I should have made my cartoon me more riveting. Or more intriguing. More something. So, I started to brainstorm all the ways my blog could have had more charm. Or still could if I gave the entire thing a facelift. For example! 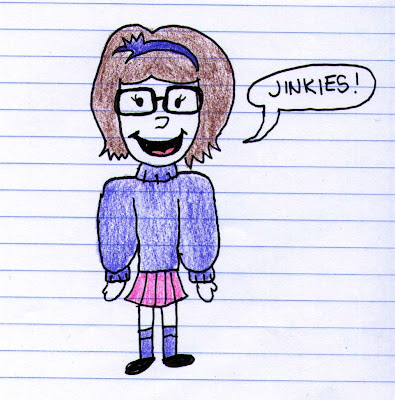 I could have made this blog a first person point of view saga of the Scooby Doo series. Told from the point of view of Thelma (who was clearly the most awesome character with her orange ensemble and stellar vocabulary), each week would describe the inner workings of Thelma’s mind as she lived through each mystery the Scooby gang tackled. I would never be lacking inspiration because each episode in itself is inspiring. Nor would I be light on humor since every episode was clearly hilarious. Plus, as a character from Scooby Doo, this page would be popping with amazing word play and some truly spectacular onomatopoeia. That’s a win for everybody. 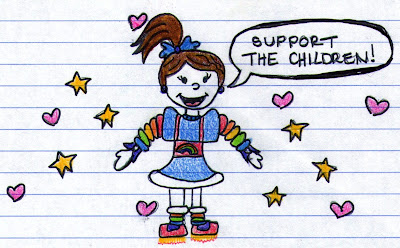 My blog could also have been created to support some sort of a cause or create awareness on an important issue. I could have crusaded across the blogosphere, trying to get people to support good things and joy! Trying to create awareness or spread the cheerful good will toward man. I don’t know what Rainbow Brite was all about but, that seems like the kind of blog she would have. Support rainbows for the kids! I could have been like my childhood idol, guys. And yet, I let the opportunity slip and now no one is supporting rainbows. At least the single ones, double and triple rainbows seem to be getting a lot of attention at present. 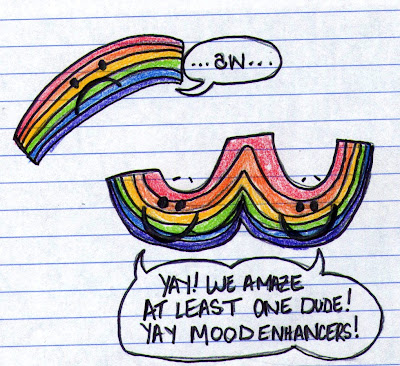 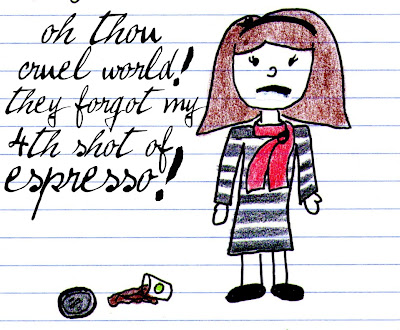 On the same token, my blog could have had meaning. Could have been deep. When people read my page, they could have been stunned at the inspiring words I spewed out toward them, amazed at the depths of my soul that were just bared onto the web. You guys could have read my stuff and come away feeling bettered by my writing. The deep issues on deep things could have stayed with you, giving you pause and quiet contemplation, as you puzzled my deepness over. And instead of being shallow and spastic, I’d be artistic and misunderstood. I’d totally quote Shakespeare whenever I could and actually like coffee, or at least pretend to with authenticity. I would seem to vaguely hate everyone, vehemently hate bright colors and cheerleaders, and scowl a lot. I’d probably say “bloody” in a really pretentious way, like it’s a word that Americans COULD say too if they were only deep like me. Sadly, no one is deep like me and when people try to be that deep, it usually backfires and they look like ridiculous hipster posers.
In reality, guys, they are just totally misunderstood. Like I could be, could have been, if I’d only thought of it sooner. 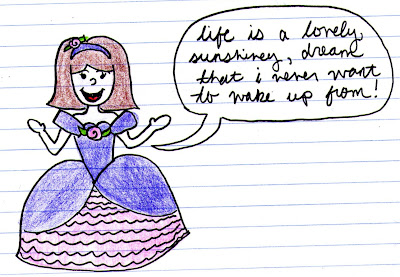 On the other hand, my blog could also have been a total escape from reality. Sunshine and bubble gum and hearts, 24/7. I could have made this a place for fairy tale life where nothing was ever wrong and I pretended like my life was perfection. Written like a Disney movie version of my life, only without the Prince at the moment. Like Jasmine’s life before she met Aladdin. She was totally my favorite Disney Princess, by the way, even if I drew myself in a Belle-esque manner. Belle and I just seem to have more in common- brown eyed girls who like to read, love to travel, and tend to see the best in everybody. Plus, Belle has a pretty day frock and then a friggin’ gown which is a wardrobe I could totally be on board with. Jasmine’s outfit makes her look like an ethnic 90's popstar but, I don’t think I could pull it off exactly. 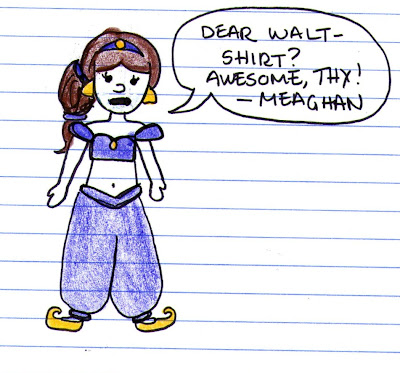 I try and keep this blog upbeat and I avoid swearing and more adult themes but, still, I think maybe the complete veer off into Disney princess land would make the blog boring eventually. Maybe not at first, and definitely not if I could convince Alan Menken to compose my life, but eventually it'd be dull sunshine. Man. If I could get Alan Menken to compose my blog, it wouldn’t be boring at ALL. Then my life would be Oscar worthy. However, without the complete transformation provided by Disney magic, I am rather certain the Princess lifestyle should be avoided. 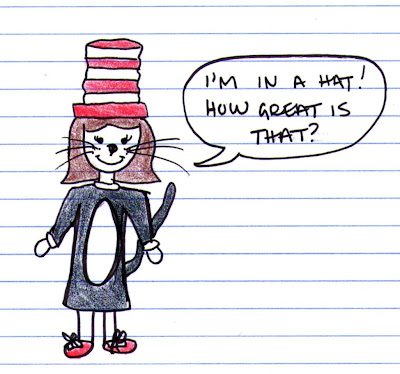 I think the easiest way to have made my blog awesome would also be one of the most simple, to just write everything as Dr. Suess would have. Sure, it’d have taken me longer to figure out how to say everything in the right rhythm and pattern but, I’m sure it would lend itself to a can’t miss post every time.
I would truly never post too late, and you readers would not hesitate! My themes would always work out great, but I’ve no rhyming posts to date!
Wow. That little blurb plus the comic's caption took tremendous rhyme effort. Best left to the Doctors of the world, clearly. Not to an amateur such as myself. I just have a measly BA. By Merlin’s beard, that was exhausting.
For now, I guess you’re clearly stuck with me. And these pesky comics. As is. If you don't like them, don't read them. I don't think they're changing. Although it is still fun to imagine how cool I COULD have been. The Scooby Doo blog is particularly tempting. Someday, maybe. If I can ever find some knee highs I can pull off and the time in which I can attempt such a self improvement project. Seems unlikely but, ya never know. In the meantime... that's all she wrote. Hopefully you think it's worth the read :)
Posted by Meg Luby at 4:23 PM

Email ThisBlogThis!Share to TwitterShare to FacebookShare to Pinterest
Labels: comic