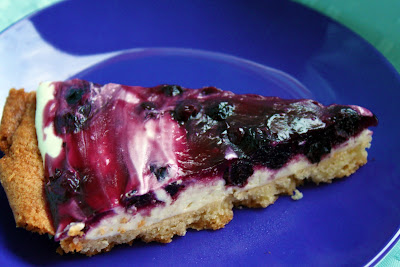 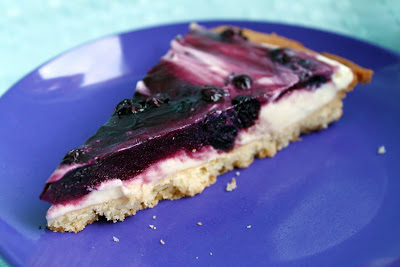 This is like.... fruit tart made better. Or at least, made to optimize blueberry love. It's a sugar cookie-like crust with a thick cream filling, topped with blueberry pie filling.
It usually looks awesome. And tastes awesome. I did it wrong tho, ha. It's supposed to have the blueberry pie filling on top, looking lovely and glistening on top. Mine got smeared. So then, I decided to make the best of it and smeared it all. 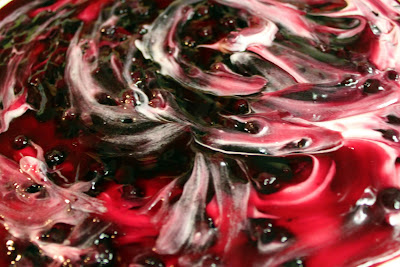 Ha, which makes it look like a blueberry hurricane.

This whole round of making this had been a disaster. My crust, as you can see, is overcooked. It's crumbling apart too much, when I cut it the sides were becoming too jagged, and the outside was too browned.
My filling was too lumpy so I overwhipped it. *Sigh* I was three for three with mucking up this recipe and so stressed I wanted to pull my hair out because there was no WAY people would like this for my work pot luck. So, I did what any good cook would do. 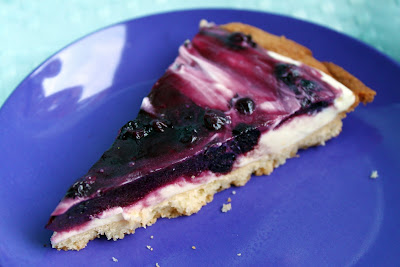 I called my mom.

My mom is the best cook I know. This is probably due to the fact that, unlike me, she isn't a clumsy human being. She is efficient and follows the recipe precisely and really KNOWS food. If something is burning, she knows how to curb it or save it. Oversalted? Underspiced? Raw in the middle, burnt on the edges?

Katie knows how to fix them all. She's a kitchen super hero. Or wizard.

So when I called her in utter devastation over my sub-par baked good, I just knew she'd have a solution. I told her of my failures and she paused for a moment and then said "I know you think it stinks but, they'll probably love it". I told her that was crazy, NO ONE would love it, and she told me that I was getting too good at cooking.

"You are good at this, you can tell what's too burnt, too whipped, and doesn't look exactly right. As long as it tastes OK, and of course it does, you can bet people will like it. In fact, you'll probably get a reputation for being the girl who makes good desserts for the work potlucks." 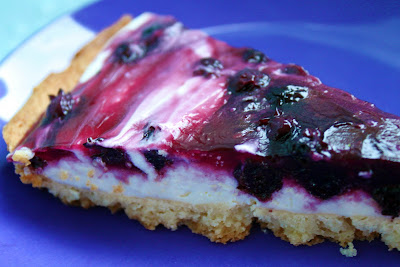 I pretty much told her, thanks for trying to make me feel better, but no way. We then chatted some more and I succumbed to feeling better instead of pouting, (I don't know about you guys but, my mom has that affect on me), and packed up my failed treat for work the next day.

Fast forward to the pot luck. Guess what?

People LOVED it. It got cleaned out. Every single bite! I was amazed. And people were asking me for the recipe, asking for the link to my blog, asking what I was going to bring to the Christmas potluck.

I texted my mom right then and there telling her she was right. Her response? 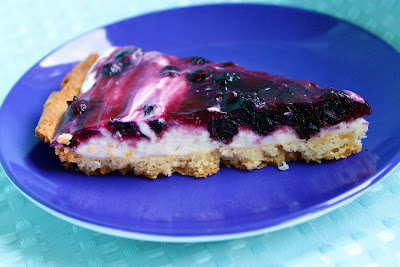 Haha, to all you mom's out there, you are amazing! Your kids are amazed by you and your mom super powers, I promise. Mine had a birthday yesterday (when I originally wanted to post) but we are celebrating today now that I got into town so, HAPPY BIRTHDAY MOM!

You are, along with our whole family, my biggest blessing.