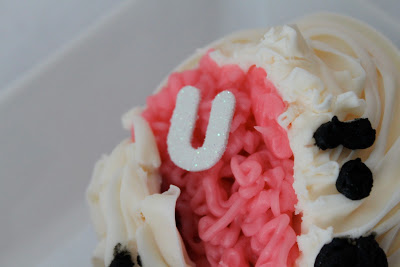 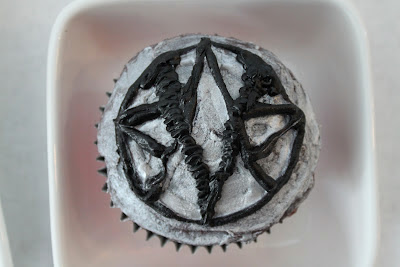 Ha, my most gruesome cupcakes yet. Reader beware, a cupcake is going to bite it!

These lil cupcakes are meant to illustrate the death scene of Viktor- Vampire Bad A$$ in Underworld who gets his head sliced by the main hero (a decked out in pleather Kate Beckinsale), doesn't realize it, takes 10 seconds, seems to consider something is amiss, and then 3 seconds later, half of his head slides off his body. 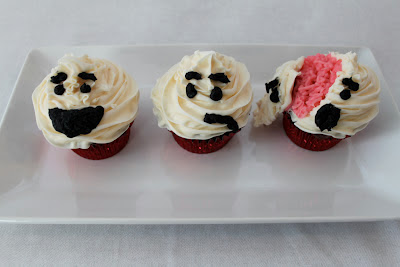 He looks just as shocked as my lil cupcake!

Here's a video of the face slide death scene for those curious/who don't know the reference straight off.
No blood spurting everywhere or anything too frightening. Just face sliding amounts of gruesome. 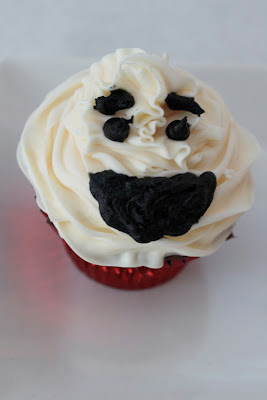 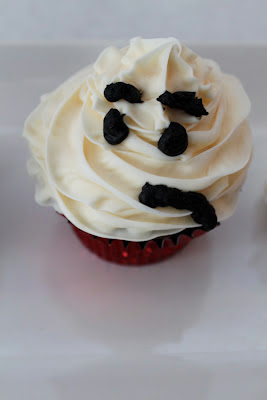 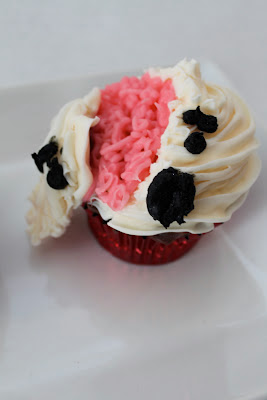 "Oh no, my face! Death is imminent!" cupcake! 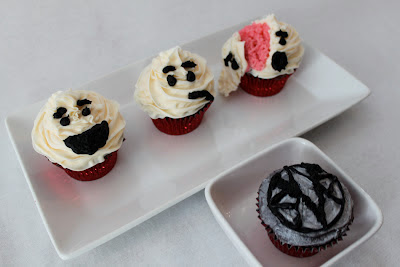 In addition to the illustrative cupcakes, I made a piped icing Underworld Seal cupcake. Used some edible metallic glitter for the affect... 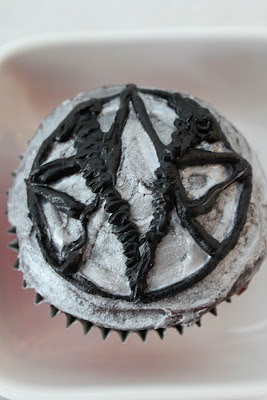 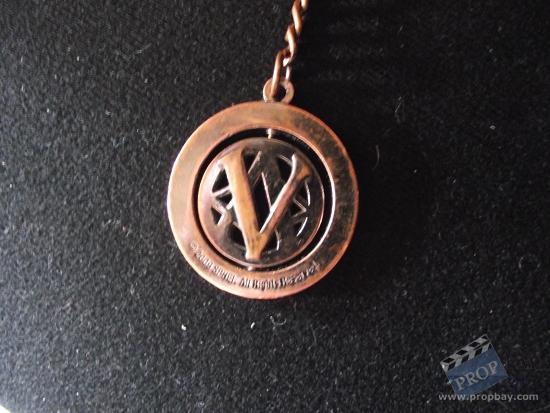 These movies are all gory, cheesy, ridiculous, black lit... down right crazy action flicks. Full of campy vampires and lycans (werewolves)- if you love a silly fantasy/sci-fi films- you really should check it out. There are four. All more ridiculous than the last.

To make the death scene's cupcake face fall off, I had to let the icing dry out overnight and then carefully slice it off the next day. I quickly piped loopy pink cupcake brains in to keep the cake itself moist, ha.

The entire scene was just an icing, piping job. 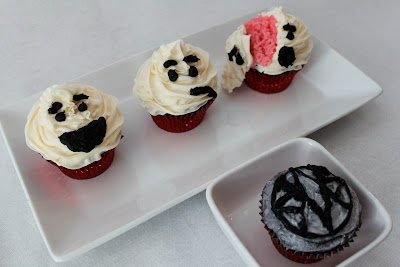 Ha, I wish I could say this is the last of the nerdy cupcakes but. Far, far, from it...