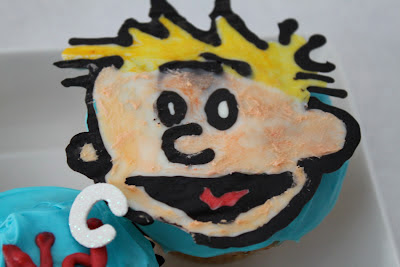 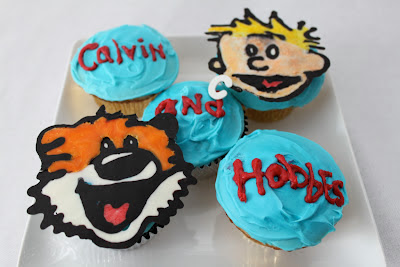 My Hobbes came out much more cleanly than my Calvin but, you get the idea.

Remember these comics? Anyone else a big fan? The Snowmen series always cracked me up. 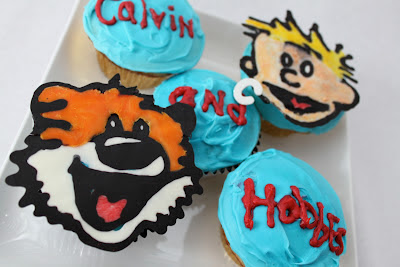 I made the Calvin and Hobbes faces by piping chocolate onto wax paper, filling with white chocolate, and letting it harden. I then "painted" the color in by melting some more chocolate and mixing with food dye, diluting with water, and painting it on with a paintbrush. 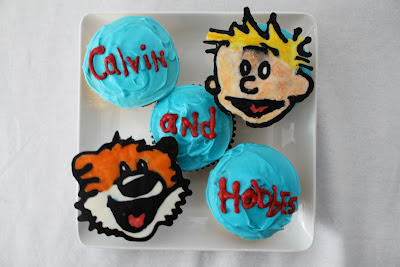 In some cases, I just painted the dye straight on- I found this was a more smooth finish. Case and point: Hobbes looking so much smoother than Calvin. 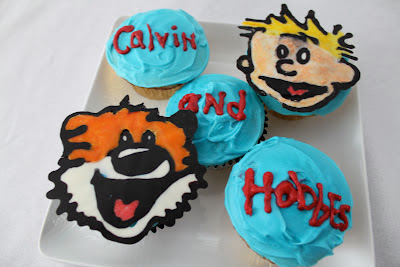 To be fair though, Hobbes is in general much smoother than Calvin. Although Calvin was a bit of an evil genius...

My gosh, I love these comics. 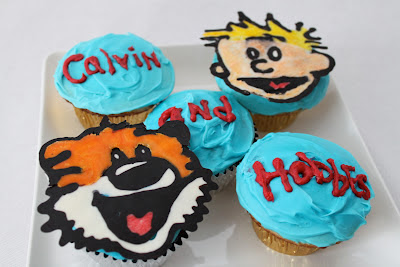 Goal somewhat achieved in my opinion.

In rambling and comic filled conclusion, C is for Calvin and Hobbes. Sorry it took an entire summer to start the letters flowing again. Hopefully these two proved it is well worth the wait. 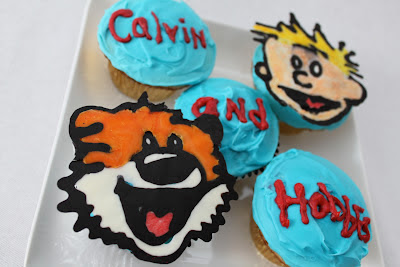 For those of who don't know the reference, Calvin and Hobbes is a stellar comic written by Bill Watterson in the 80s/90s. Please read them, they a whimsical combination of child like humor, social commentary, mischief, imagination, slap stick, and charm.