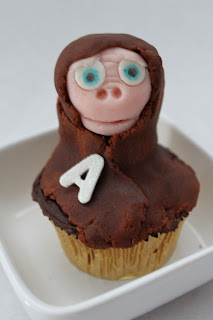 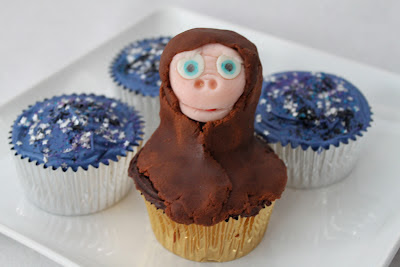 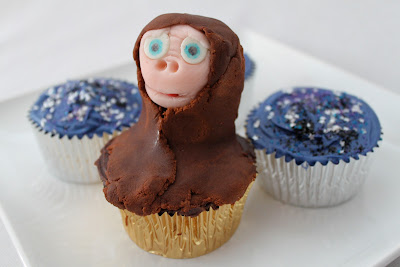 My lil ET is wrapped up in a chocolate fondant blanket that I tried to create some frayed edges to by pressing very thin but, it looks somewhat just cracked instead. 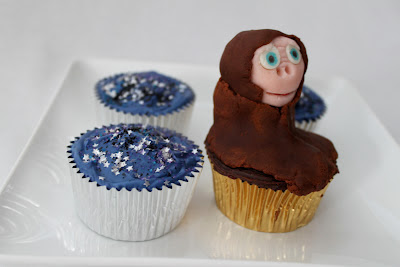 ET was always such a happy lil alien. 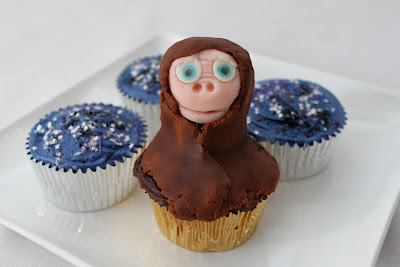 Even though the scenes with the men at the end who capture him and the family terrified me as a kid/terrifies me to this day.

Still, some aliens are creepier.
Like the Chest Bursters from Alien! 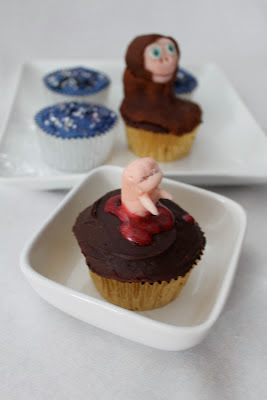 Both ET and my Alien Chest Burster were made from sculpting pink starbursts. ET's eyes are the backs of white chocolate chips and some blue food dye. The Alien's tiny lil teeth are made from silver sprinkle shards...

He's so gruesome. I'm sorry. I really couldn't help it once I made A for Alien. 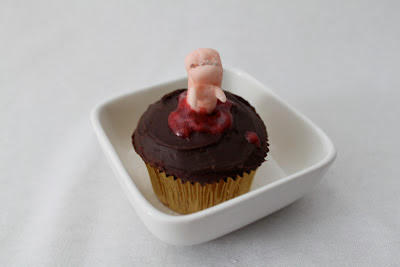 I hope you enjoyed both my A cupcakes. B to follow next week! In case the references were lost on you, my A for Aliens cupcakes were based on the following two pop culture references. 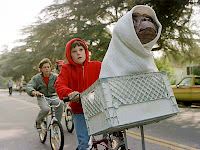 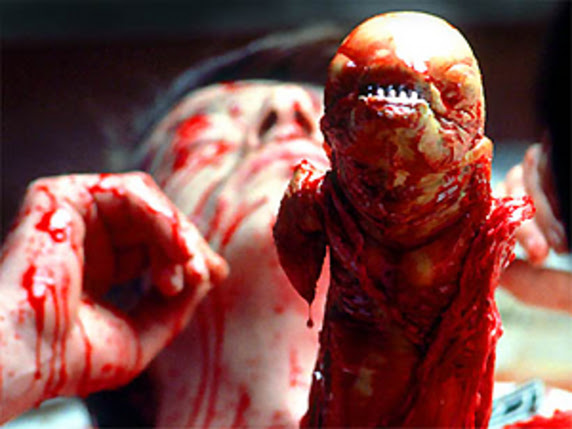