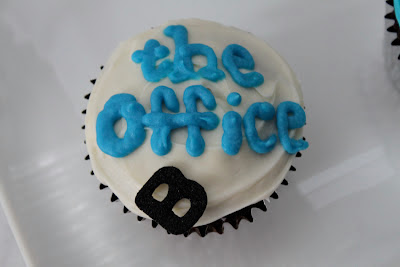 From this scene, for those of you who don't recall this particular reference from "The Office". 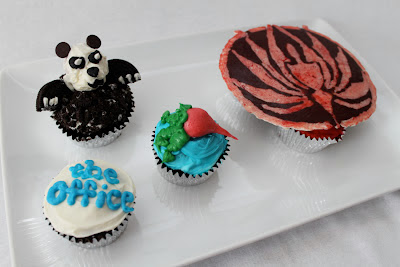 Gosh, I had way too much fun with these cupcakes. 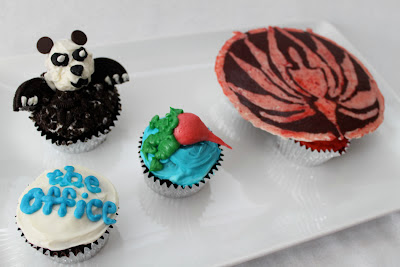 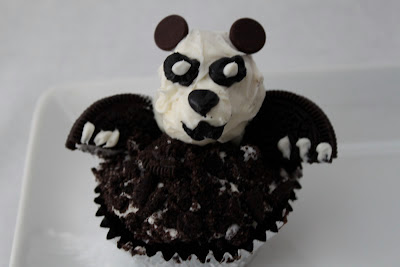 How cute is this lil guy? I mean, really. 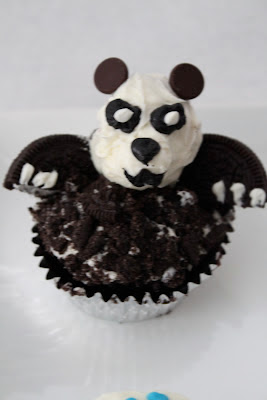 Love pandas. This lil bug had me mooning over him, ha.

He is made by frosting a donut hole for his head and using Oreos crushed for fur, broken in half for paws, and then chocolate chips turned backwards for ears. 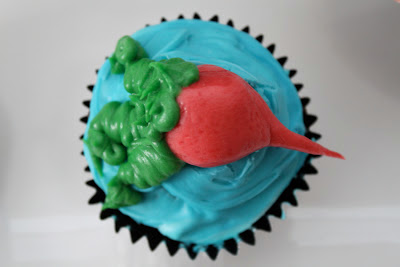 Beets! This beet was made by molding a red Starburst to the proper shape. 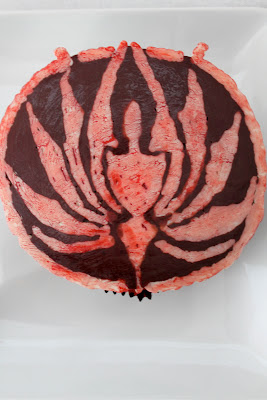 BATTLESTAR GALACTICA! Which, if you guys recall the bleeding cylon cupcakes, I am a fan.

This was created by melting white chocolate, piping it on parchment, and filling in the gaps with melted chocolate. I then painted the white with red food paint.

It doesn't look the prettiest but, you get the idea.

As I said, these cupcakes made me way way too happy. Dwight = True Comedy. 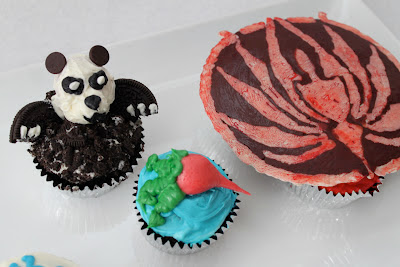 I really hope I am not the only one who recalls this cold open. 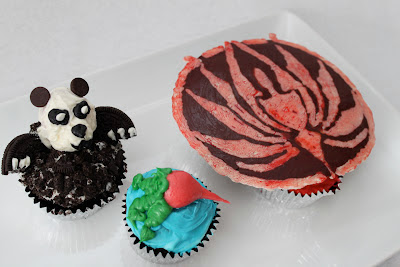 I am somewhat counting on "Bears...Beets...Battlestar Galactica" being a phrase that people besides my friends quote constantly. 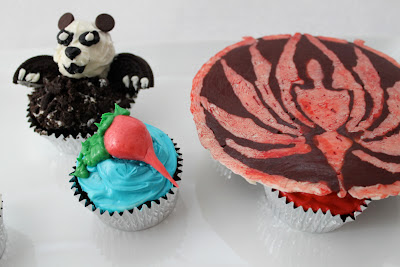 But hey, even if you don't recall, that's 3 B cupcakes!

And if you don't already, you need to watch "The Office". From Season 1 (which was epic) to now, which is getting back into the swing of things.

The American Version is what I am pointing to here. But, the UK version (which is the original) is also well worth a watch.

"Identity theft is not a joke, Jim!"

Ha, love it! Enjoy the cupcakes :)