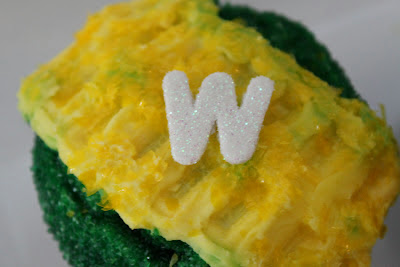 One of my all time favorite modern musicals out there.

The book isn't as fun- skip that if you want my opinion. However, SEE THE MUSICAL! It is pure magic. All of the ingredients of a great musical combined. First of all, and most importantly: a great score and amazing lyrics. Top that off with a beautiful set, costumes, and a healthy dose of star power. 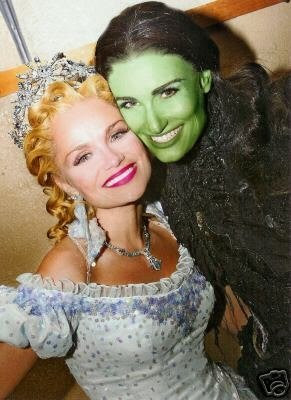 The exceptional Idina Menzel and Kristin Chenoweth as the original stars for example. 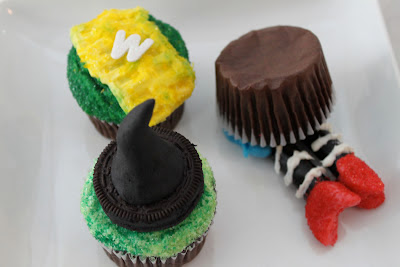 Elphaba receives her black pointed hat from Glinda at a certain point in the show. Her trade mark piece as the show (and later connection to the Wizard of Oz movie) progresses. 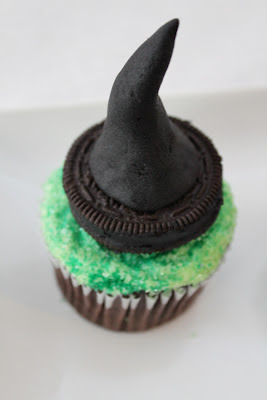 The hat's top is a fondant topper, pressed down into an Oreo cookie base. I piped some black icing over the cream filling so the entire hat was consistently black. 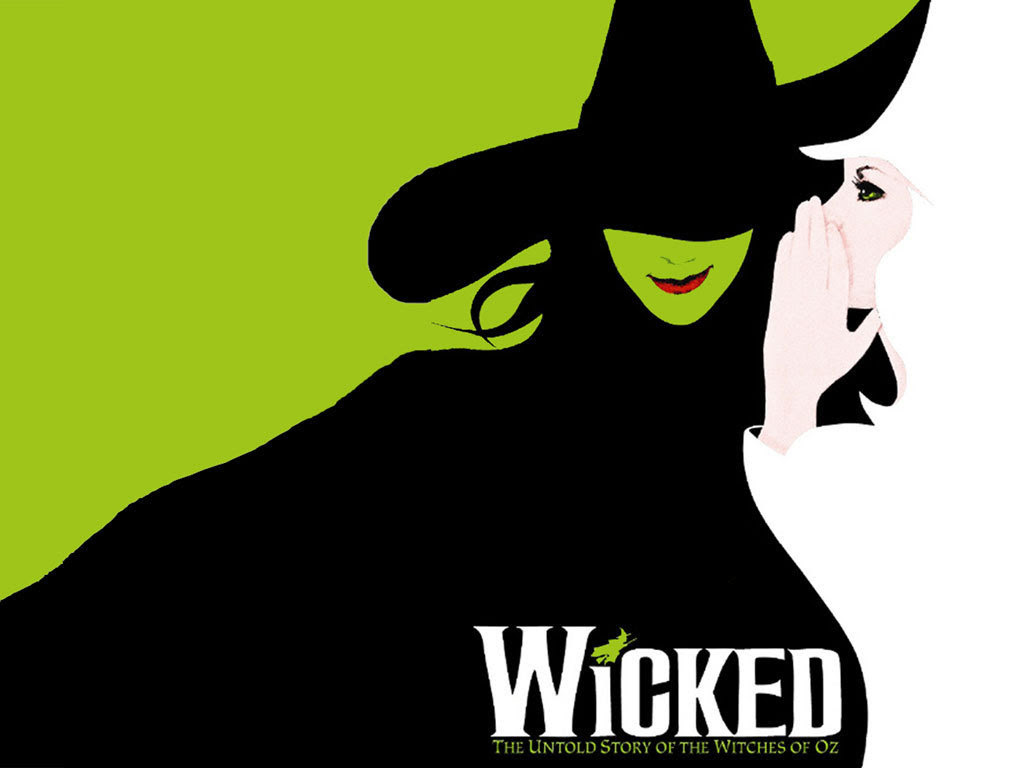 Part of "the untold story of the Witches of OZ" was learning about Nessa, Wicked Witch of the East, Elphaba's sister. 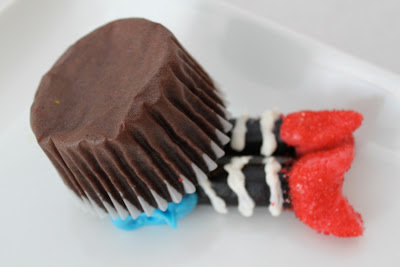 I represented her here by crushing her with a cupcake, ha. Blue iced dress peaking through. Licorice legs with piped white detail. Red starburst shoes dipped in red sugar for sparkle. 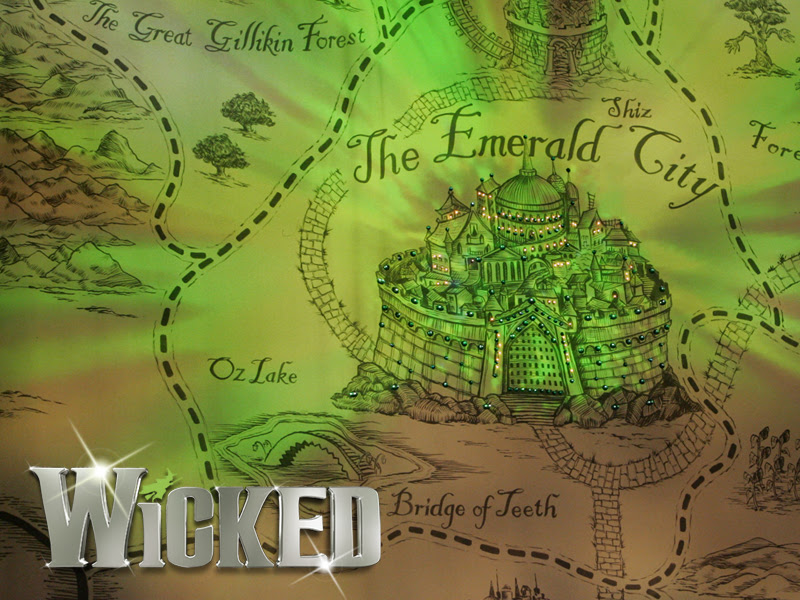 And of course, the yellow brick road through Oz.

Cupcakes made from Pez, piped yellow, and coated in edible gold. 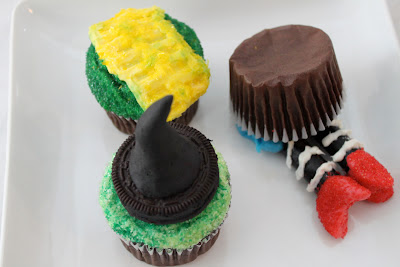 Trust me. See the musical. 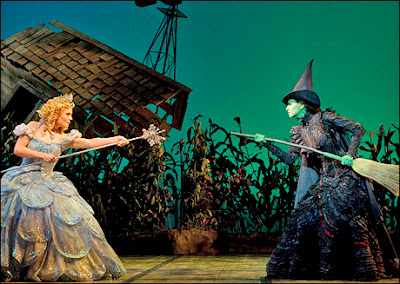 It's a hecka good time in the grand old land of OZ!